We're pushing our UX forward with some major usability improvements -- but at what cost?
July 20, 2020 By Matthew Rathbone

We’re happy to bring you the 1.6 release full of stuff the community has been asking for. 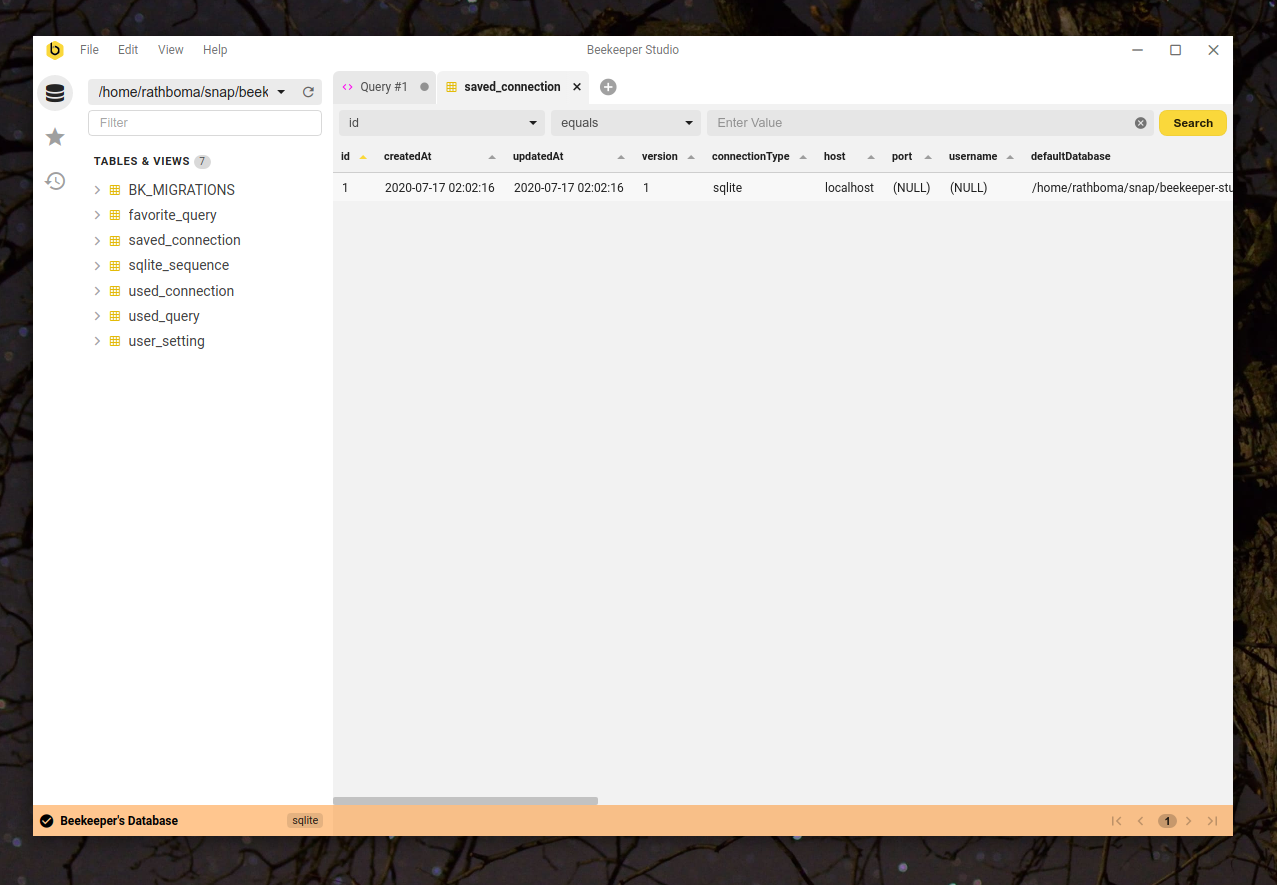 So building menus into Electron apps is easy, unfortunately we made the decision ages ago to not use the default Electron titlebar and menubar for Windows – because they don’t look very good, especially in dark mode.

We’ve always believed that we want Beekeeper Studio to feel ‘good’ on every desktop platform, and no platform should be an afterthought. With that in mind we came up with the following scheme:

Opinions on Electron titlebars and menus

As a Linux user (Matthew), I hate it when apps hide the default titlebar and give me some janky thing that looks like it came from Windows. That said, Linux is about choice, so we give Linux users the choice of native/client menus, but by default we don’t mess up the windows. I actually now prefer the client-side menubar, even on Linux.

Mac is really opinionated and so we don’t really have a choice here, we have to provide system-integrated menus, so we disable client-side menus if you are on a Mac.

Windows is a funny one, it feels like not many (any?) of the core Electron team work on Windows. For example on Windows 10 dark mode titlebars are white, but the menubar is black. This looks terrible. Instead, we decided to build our own titlebar/menubar hybrid, much like VSCode. We think it looks amazing, we hope you do too.

Why it was a Yak Shave

To provide a (fairly simple) menubar we had to build:

It was still worth it

We think UX and polish are critical to Beekeeper Studio. We’re confident we’ve taken a tremendous step forward with this release, and we hope you like it!